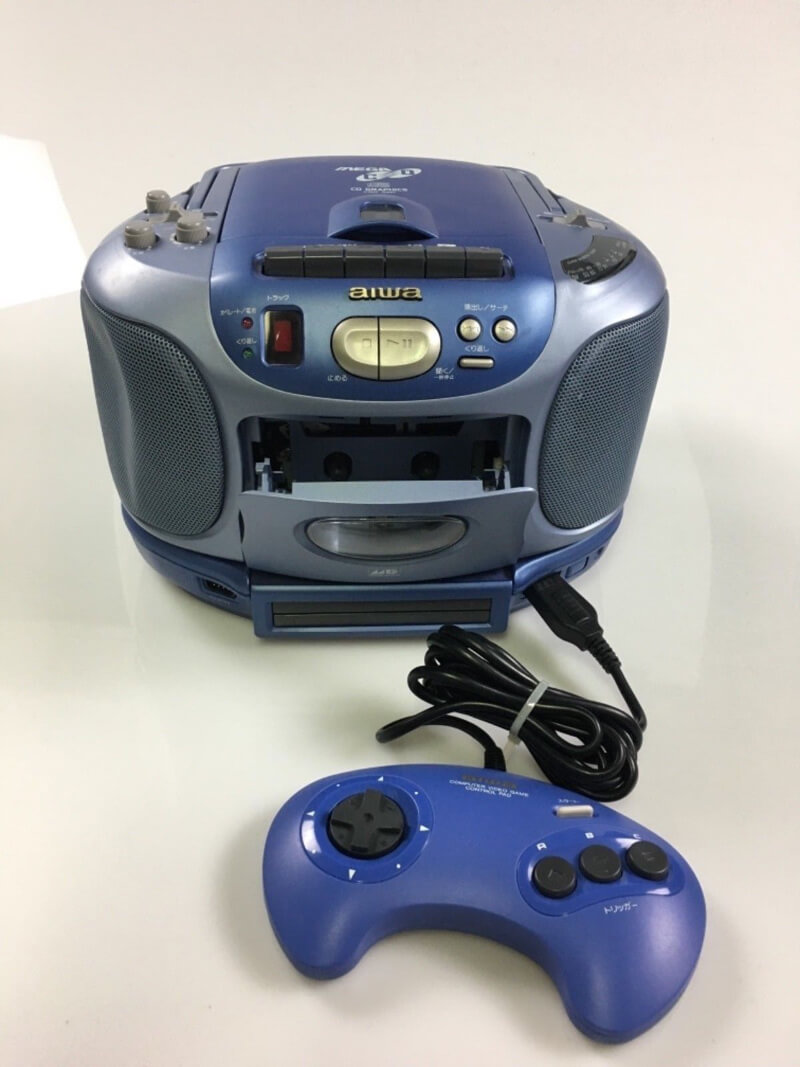 The Aiwa CSD-GM1 or also known as the Aiwa Mega CD is one of the most bizarre and unknown consoles in all of history, a license from SEGA of its star 16-bit console to AIWA, creating a mini music system with a MegaDrive built in, just like it sounds.

If the fact of being able to alternate our Total Machine 3 tapes or Eugenio’s jokes with the Sonic or Golden Ax cartridges was already a wonderful idea, Aiwa put the finishing touch and meaning to his machine, sharing the reader of CD with the Mega Drive, thus obtaining the most exclusive Mega CD in history.

The 90’s were wonderful years for the video game industry, the golden age of 16 bits gave us endless joy and for many of us, we fell in love and got caught up in what is still our hobby today, video games. Those were years, in which the future of videogames, its path, was by no means as defined as it may seem to us today, when we tend to only remember success stories:

What should be the appropriate format? CD or cartridge? Do we add a keyboard as a peripheral? Online connection yes or no? Cable or satellite service? Polygonal graphics or pre-rendered 2D? Television as a virtual reality device or helmet? Focus on children or attack adults? Was the PC the logical evolution of consoles? 32 or 64 bits?

We can all remember consoles that offered different answers and solutions to these questions, some consoles were successful and marked the way forward, while others failed and indicated the paths that led nowhere. But if there was a company that in the early and mid-90s, explored all the paths there were and would have, that was SEGA. Let’s remember for a moment the different versions that SEGA launched of its MegaDrive, whether they were self-made or licensed, as well as its most important peripherals:

It is here, in this microcosm, in this universe of 16-bit SEGA consoles, that the Aiwa CSD-G1M or Aiwa Mega CD console/mini system appears. Within this dance of modems, hardware revisions, CD players, computers with integrated consoles and karaoke machines, launching the Aiwa CSD-G1M really made sense. Sega was in those years attacking all fronts and with this console they expanded their web of hardware compatible with their common software.

Many people subsequently criticize SEGA’s strategy in the 16-bit era, which time has shown to be wrong, but in a few years in which the path to follow was not set, SEGA explored different avenues and market niches, associating your brand with technological innovation in our mental frameworks, and reaching users who otherwise would never have reached, even when they were a minority.

What is the Aiwa CSD-GM1 or Aiwa Mega CD? Did it make sense?

Having already explained the context, the Aiwa CSD-G1M or AIWA MEGA CD released in Japan, is a MegaDrive console licensed by SEGA to AIWA, which was incorporated as a base to one of its mini-systems modified specifically for this purpose, with the advantage of providing in this way to the MegaDrive with a CD player compatible with the games of the Mega CD and vice versa, to include a video game console to a mini music system. The set was equipped with the necessary hardware improvements to run video games in CD format from the Mega CD, since this peripheral incorporates notable improvements compared to the original Megadrive console. The Aiwa CSD-G1M is compatible with peripherals such as the 32X.

In this way, a single device combined a cartridge console, a mini music system, a Mega CD and a karaoke (the Japanese are crazy about karaoke). All this in a time when the CD was still cutting-edge technology and quite expensive (the Mega CD cost 49,800 yen on its own), making the Aiwa console a very good option if someone did not have these devices. .

As you can see, the combo begins to make sense, 1 device 4 functions and with the consequent saving of the CD-ROM player, since it was incorporated in the mini system, this being the only saving… Because of course, within the plane of the theoretical Aiwa’s console made some or a lot of sense, but when we brought the console to reality, in practice it was very different:

The result? A commercial failure as is evident, a console that was launched in 1994 and stopped being manufactured in 1994, disappearing from stores. It is true that a product with these characteristics was not designed for a large number of people, manufacturing a limited number of units at a high price, but even so the Aiwa CSD-G1M had such little success that it has become one of the retro video game retro consoles most sought after by console collectors.

From my own experience, with more than 150 consoles in my collection and collecting systems and video games since approximately 2002, the times I have had access to this console at a reasonable price I can count on the fingers of my hand… on the Internet, neither on specialized websites nor in specialized retro stores in Japan scattered around Tokyo, Kyoto and Osaka. I’m not saying that there are no units for sale, I’m saying that they are very few and very expensive (or that I have had very little luck).

The Aiwa CSD-G1M is a rarity in the video game industry, a wonder that paved the way for the future in the mid 90’s, one more SEGA extravagance that it later surpassed with its CDX/Multimega. It is true that commercially it was an undervalued product, but for those of us who are collectors… Phew! The Aiwa CSD-G1M is one of our wettest dreams…

As we have already said, buying an Aiwa CSD-G1M or AIWA Mega CD is today extremely complicated, even when we search specialized websites such as eBay, Yahoo Auctions or Mandarake (to be tested), coincide with the moment in which someone up for sale at an acceptable price before it disappears, it is extremely difficult. In the following link, which is a search for the product on eBay from all over the world, you can try your luck, although we already anticipate that your search will most likely be unsuccessful.

How much does an Aiwa CSD-GM1 cost? How much should we pay for this Aiwa console? Unfortunately we haven’t seen enough units to be able to make an estimate, I’ve seen units at auctions for 2,000 euros that have been sold and I’ve seen units for 800 euros in “Buy It Now” that have lasted minutes… What I assure you is that You will not find it in a flea market, or in the second-hand store in your neighborhood. If you are interested in buying an Aiwa CSD-G1M or Aiwa Mega CD, I can only recommend a lot of patience and that you study hard for the day you come across it.

Aiwa CSD-GM1 is completely compatible with the MegaDrive and the Mega CD, so for this occasion I will leave you with a magnificent video from Mr. JARM’s YouTube channel: “The games that make the most and best use of the Mega CD / SEGA CD ( graphically)” 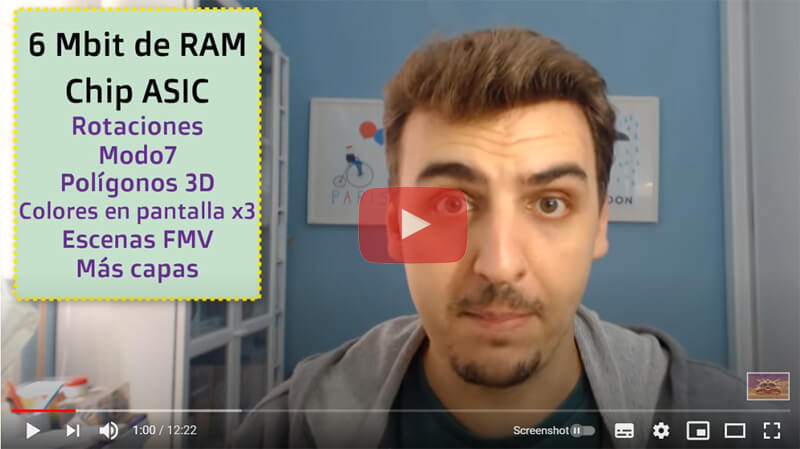