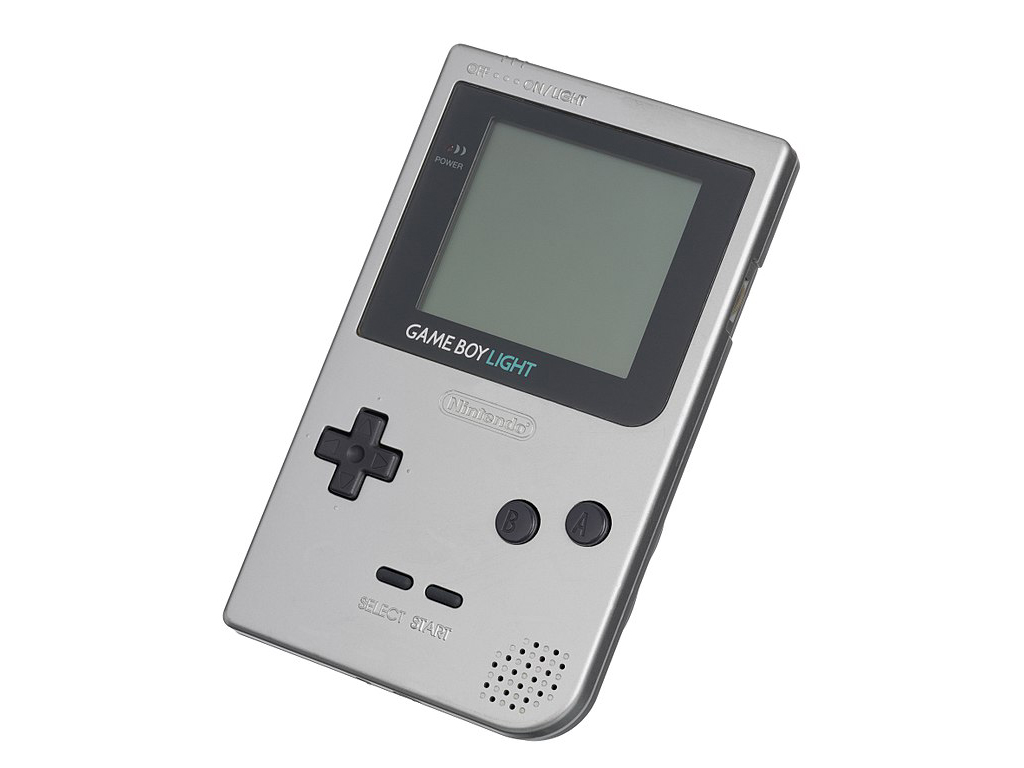 Game Boy Light is the Holy Grail of collectors specialized in portable consoles and/or Nintendo, an exclusive machine from Japan that solved the eternal problem of the Game Boy system, the lack of a backlit screen.

With dimensions slightly larger than the Game Boy Pocket, two AA batteries and a luxurious backlit screen, the Game Boy Light is here to leave our flashlights in the drawer and enjoy the enormous catalog of the Nintendo portable, like never before. : Under the duvet but without the need for extras.

If you are interested in the Game Boy video game system, I strongly recommend that you visit the complete analysis of the original Game Boy system, in which you will find all the information, history, context and development of Nintendo’s most mythical portable console: The Nintendo Game Boy.

The Game Boy Light finally became the best ally of our blankets and quilts… Japanese quilts of course, because we didn’t even see it pass by here, in fact we didn’t even know about its existence, in 1998 we were enjoying the arrival of the Game Boy Color, which repeated exactly the same failure as its predecessors, the lack of backlighting.

Because let’s face it, it’s true that those of us who lived through that time normally accepted the search for light and appropriate angles to play Tetris or Super Mario Land, but today playing with an original Game Boy is totally frustrating because of its screen, the reflections and mainly, its lack of backlighting.

The master Gunpei Yokoi was completely right with his philosophy of balance (quality/price/consumption) and the use of already mature technologies for his original Game Boy (1989) and Game Boy Pocket (1986) consoles, his sales figures support his decision . But comparisons with consoles like the Game Gear or Atari Lynx, it’s a matter of gaming experience, were hateful… Their screens provided a much more rewarding experience (short and expensive, but rewarding).

Faced with this problem, this original sin, the logical thing was to think that Nintendo would integrate a solution into its mainline Game Boy Pocket (1996) or Game Boy Color (1998) systems… But they didn’t, inexplicably they didn’t. Or rather, it is true that the new screens improved image quality (angles) and minimized reflections, but nothing backlighting.

It was not until April 1998, a few months after the launch of the Game Boy Color, that Nintendo wanted to put the icing on its classic Game Boy system with the Game Boy Light console, a machine that they knew would have few sales since the vast majority of their target audience were already GB or GBP holders, but that the system and the players deserved it. The introductory price was 6,800 yen, so we understand that following the philosophy of balance, in 1998 it had already reached the point of offering backlights at a very affordable price.

The Game Boy Light was initially sold in two colors (gold and silver), but soon different versions were released, here are the 8 models:

The improvements in consumption, weight and gaming experience thanks to the backlight are evident, in the same way that they are normal, since the two consoles are more than 2 years apart, so the technology had advanced and the components had become cheaper.

On October 21, 1998, just 6 months after the launch of the GB Light, Nintendo launched what we can practically consider the Game Boy 2, the Game Boy Color, to the world.

Another of the great shortcomings of the Game Boy system, color, was finally solved, while it made it possible to enjoy a large number of new exclusive games thanks to its improved performance. With an introductory price of 6,800 yen (without backlight), the same as the GB Light, obviously the vast majority of gamers opted for the new and more powerful color console, so the Game Boy Light fell in sales, was its options to leave Japan disappeared and it was quickly forgotten as a purchase option by most Japanese gamers of the time.

He died? Not at all. Despite the fact that the GBC vanished any possibility of export since Nintendo had to focus on a marketing and promotion level on a single product in the portable market, in addition to conditioning/limiting sales in Japan, the Game Boy Color was another boost to the Game system. Classic Boy thanks to its full compatibility with the original console, so the GB Light took advantage of the new batch of hundreds of compatible games that arrived thanks to the Game Boy Color… In practice, the tens of millions of Game Boy Monochromatic Boy on the market were too succulent for the developers.

The price of the Game Boy Light, how much was it?

The Game Boy Light maintained the usual launch price of Nintendo in its launches in Japan, suggested prices that seen in perspective and comparing them with other consoles, give us an idea of ​​the economic outlay that it involved at the time. Here are the prices of the GB Light and its competition:

6,800 euros was apparently a very cheap price, but if we scratch a little in the history of the Game Boy, it really wasn’t that cheap:

We’ve already said it, the GB Light is the Holy Grail of retro handheld consoles. There are other highly sought-after handhelds out there, we know, but from a retro console collector’s perspective, the Game Boy Light ticks all the boxes to be an object of desire:

Unique, the GB Light is a rare breed for retro console collectors, only the Turbo Express/PC Engine GT could match it by “reviving a system”, but the GB Light’s nostalgic value far outweighs that of the handheld of NEC, which the vast majority never get to see.

Is it worth collecting a retro Game Boy Light console? Yes, of course. So… where is the problem? Why don’t we all have a GB Light in our console collections? We explain it to you in the next section.

Buying a Game Boy Light is very easy nowadays, but it is expensive, very expensive. It is so expensive that even though it is an exclusive console for Japan, where it had very low sales, we can always find units on most of the usual retro console sales platforms, simply because they are very expensive.

How much does a second hand Game Boy Light cost? In the following eBay announcement, which is a partner (so if you buy an item you will be contributing to Infoconsolas and the preservation of history and video game consoles in our physical collection and documentation/web), you can check the price of the consoles Game Boy Light being sold right now on eBay, all over the world. Look and we’ll talk.

What do you think? As in everything retro, everything depends on the state in which you want to have the console in your collection. If you don’t mind scratches or general poor condition, for less than 100 euros it is possible to buy a second-hand Game Boy Light on eBay. Now, if you want it in good condition, with a box or directly new… I hope you have studied hard and that you work in Spain to be able to build many hospitals with your taxes…

Seriously now, the prices you see are those set by the market, luckily it is still an unknown console for most “new collectors”, in addition to having as competition the GBP consoles with IPS LCD screen, so I don’t think It will go up a lot in the next few years. For those of you who are interested in buying a GB Light, be patient and study the market price well, bargains do not exist at this point, but buying below the market price is still possible.

From Infoconsolas on numerous occasions we take advantage of the TOP: Best Games section, to humbly pay tribute to those youtubers who, thanks to their work, dedication and effort, enjoy all our respect and admiration. Today it’s Mr. JARM’s turn again, who ventures in this video to reveal “The 20 best GAME BOY games of all time (THE DEFINITIVE TOP)”. Inside video!! 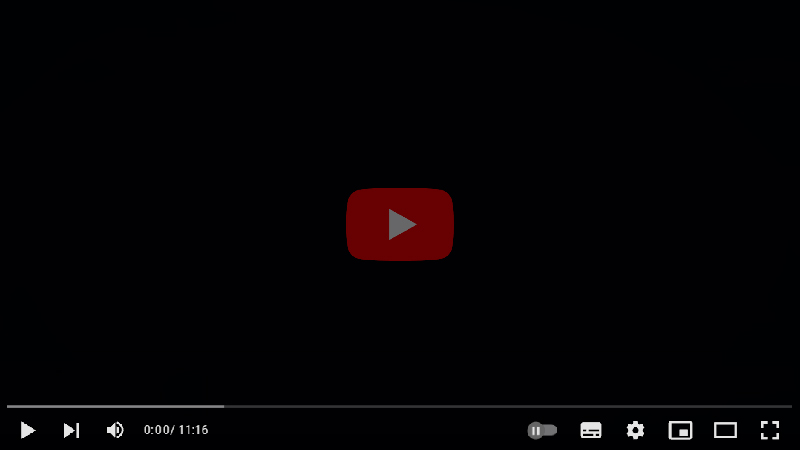 When was the Game Boy Pocket released?

Is the Game Boy Light exclusive to Japan?

Yes, you can use cartridges from anywhere in the world.

How much did the Game Boy Light cost at launch?

What is the best-selling video game on the Game Boy system?

The Tetris, with more than 30 million units sold.

What is the format of your video games?

Is it a joy to play classic games on a GB Light?

How many games were released for the original Game Boy and Game Boy Light?

1046 total commercial video games for the original console compatible with the Pocket, Light and Color.

In the box and the cartridge itself, it is indicated if they are compatible or not.

How many batteries does the Game Boy Light use?

2 AA batteries, of the small ones of a lifetime.

What are the dimensions of the Game Boy Light?

How much does the GB Light weigh?

140 grams with the 2 AA batteries included.

How long do the batteries (2 AA batteries) of the GB Light last?

What is the definition of the Game Boy Light?

What was the penultimate official GB Light game?

What was the last official GB Light game?

From TV Animation One Piece: Maboroshi no Grand Line Boukenki! Released on June 28, 2002 for the GB and GBC Color (compatible).

Can a classic Game Boy be connected to a GB Light?

The entry point is different, so the MGB-004 adapter is required.

Can a Game Boy Pocket be connected to a GB Light?

Yes, with its corresponding cable.